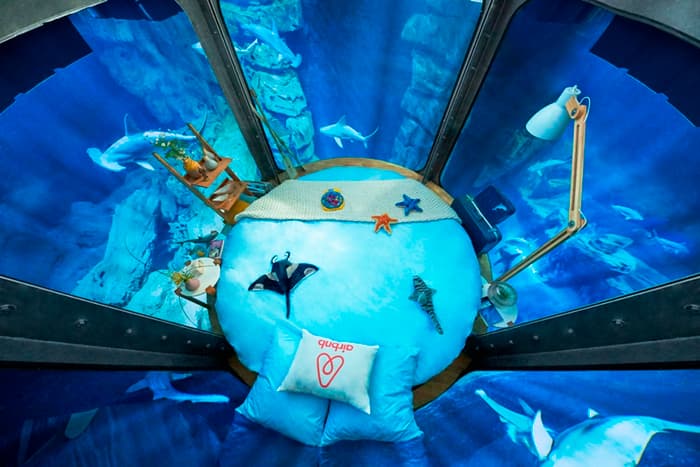 Always wanted a sleepover with sharks? Then you may want to read this!

When did the event take place?

This article is outside the United States.

Where did it take place?

This took place in Paris. Paris is in France.

Who is this story about?

This story is about Fred Buyle because he designed the room and he gives the winners a tour of the aquarium.

Airbnb helped build a circular sleep room in water so you get a 360 view of the sharks. Some people think the glass is going to break but it won’t because they tested it in the Mediterranean Sea. Now there is a sleep place under water 33 feet deep in the shark tank. There are 35 sharks in the tank. It is only open on April 11,12, and 13. After the three nights they turn it into a lab to see what sharks do.

Why did it happen?

It happened so people can have experience with sleeping with sharks. It also happened so you can get a close look at sharks. 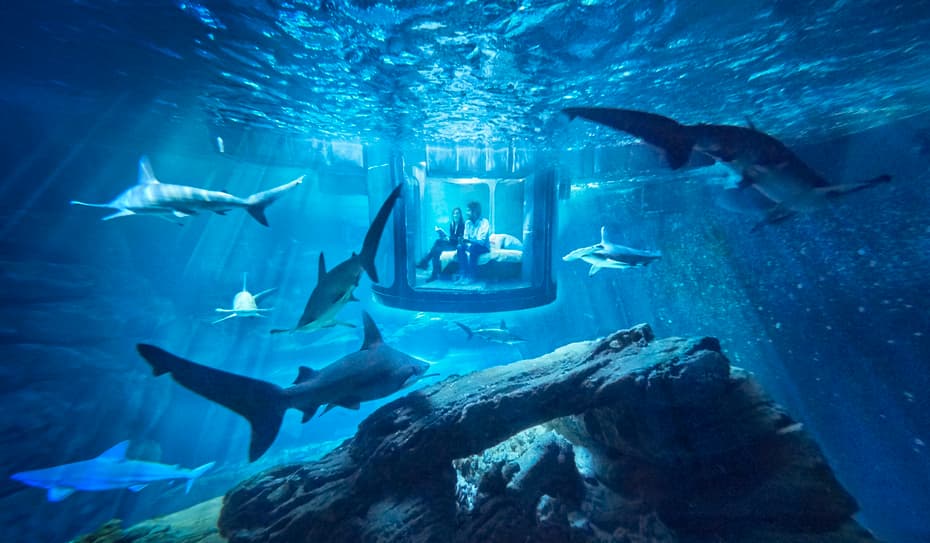 How does it happen?

People enter a raffle to win the room with sharks. Then they have to say why they should spend the night with sharks. The winner goes on a tour with Fred Buyle to see the aquarium and where they will be sleeping. Then the room lowers down 33 feet into the shark tank. You are forbidden to take pictures in the dark because sharks are sensitive to light.

I think it is a little dangerous and fun because having sharks around is pretty cool but sharks are also agressive. It is a little dangerous because the glass might break and the sharks might attack or the water will fill up the tank and drown you. Even with this danger of “the sleepover with sharks idea, the excitement of learning about sharks in their natural habitat is worth while taking the risk.”